Ian Gary joined FCG as executive director in June 2022. Ian is a senior policy, research and advocacy professional with over 30 years of experience in financial transparency and accountability, international development, and the reform of natural resource governance.

Ian also serves as the executive director of the Financial Accountability and Corporate Transparency (FACT) Coalition. Prior to joining FACT in November 2020, Ian directed Oxfam America’s global policy, advocacy and program work focused on promoting transparent and accountable financial flows – for example from oil and mining revenues, taxes and aid – to fight poverty.  Prior to joining Oxfam in 2005, Ian was Strategic Issues Advisor for Africa and Strategic Issues Advisor for Extractive Industries at Catholic Relief Services (CRS) from 1999 to 2005. He has held positions with the Ford Foundation as well as international development organizations in the U.S. and Africa.

Ian is the author of the Oxfam America report Ghana’s Big Test: Oil’s Challenge to Democratic Development (2009); co-author, with Terry Lynn Karl of Stanford University, of the CRS report Bottom of the Barrel: Africa’s Oil Boom and the Poor (2003); and co-author of Chad’s Oil: Miracle or Mirage? (2005), issued by CRS and the Bank Information Center. Ian has been a member of the World Bank Extractive Industries Advisory Group; a member of the Global Steering Committee of Publish What You Pay; and a founding steering committee member of the Open Contracting Partnership. Ian is a board member of Advocates for Community Alternatives, an NGO based in Accra, Ghana.

Ian has been a frequent commentator on extractive industries and other development issues in major media outlets including New York Times, The Economist, The Guardian (UK), Le Monde, Washington Post, Financial Times, BBC, and NPR.  He has testified before the US Congress and given presentations at The Brookings Institute, European Parliament, World Bank, IMF, Royal Institute of International Affairs, United Nations, U.S. State Department and Oxford University, among other venues. He holds a MA degree from the University of Leeds (UK) in the Politics of International Resources and Development and a BA from the University of Missouri School of Journalism.

Kat Norris provides financial, operations and grants support to the Fund for Constitutional Government. She has over a decade of experience in financial and grants management, from both a philanthropic and nonprofit perspective. She is owner of Altruista, a consulting firm that supports nonprofit operations management, including founding and closure of organizations.

Most recently, she was the grants and finance manager at the Stewart R Mott Foundation, which she assisted with sunsetting in 2022. Kat has also worked at PBS NewsHour and C-SPAN. She is a graduate of the University of Mary Washington, where she studied political science and was the associate editor of the student paper. She holds a master’s degree in finance from the Johns Hopkins Carey School of Business and has taken coursework in international security issues and political science at Harvard University. 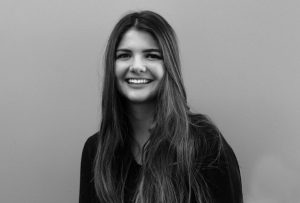 Sophia has nearly a decade of experience in communications, program management, and grant and financial administration in social justice and philanthropic spaces. Sophia previously worked on a portfolio of urgent philanthropic initiatives, particularly reproductive justice at the Stewart R Mott Foundation.

In 2015, Sophia started a women’s civic engagement program in Tanzania to break down challenges young women face in becoming civically engaged in gender rights legislation. She holds an M.A. in Public Administration with a focus on International Development from American University and a B.A. in International Affairs and Political Science from the University of Colorado in Boulder